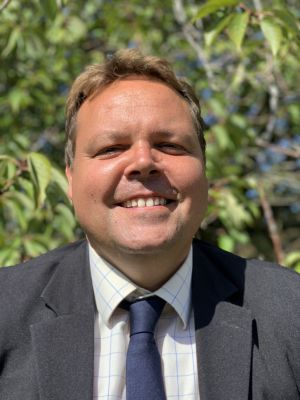 Mr Hathaway joined JHGS as Deputy Head in September 2019. He had previously been Deputy Head at an independent school in Abingdon and held Acting Head, Deputy Head and Assistant Head posts at a comprehensive school in Swindon and a Grammar School in Manchester. He started his teaching career in Leicestershire where he also worked as a Head of Year and then as a Head of MFL at a school in Wigan . Originally from Cheshire, just south of Manchester, Mr Hathaway studied French at Sheffield University and gained a PGDipEd in Educational Leadership and Management from Warwick University.

Mr Hathaway leads on all pastoral matters at the school and is the school’s Designated Safeguarding Lead.