The school has been an important part of education in High Wycombe and beyond for almost 125 years. It was originally set up to support the local furniture industry, before becoming a technical school and finally becoming a grammar school in 1970.
There can be few schools in the country who can claim to be the origin of two girls schools and a university.
We are keen to hear experiences of old boys and staff from the school and are especially interested in any photos from when the school was at Easton Street or Frogmoor. Please email office@jhgs.bucks.sch.uk to send any information.
The information below comes from 'Quit Ye Like Men - a history of John Hampden Grammar School', which was published in 2014. Copies can be obtained from the School or Wycombe Museum.

Early Origins - The Schools of Science and Art 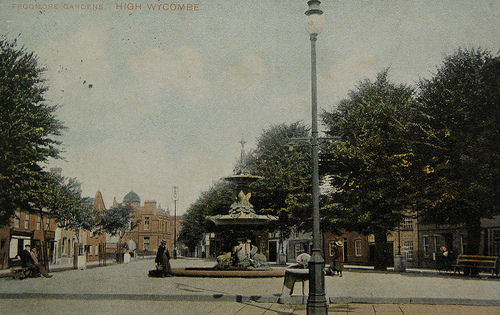 In the early 1890s a fund was set up to raise money for an Art and Technical school in High Wycombe to help support the traditional skills in the town of cabinet making, carving and polishing. Early donations to the fund included a grant of £575 from the School of Art in Kensington Gardens and a further donation from Buckinghamshire County Council's education fund which had benefited from proceeds derived from an unpopular tax imposed on wines and spirits.

To make up the shortfall needed to pay for the building the schools' trustees and general committee ran a three day fair in the grounds of Wycombe Abbey, the home of the then Lord Carrington. The fête took place in July 1892, with Lady Carrington arriving by a special train from Paddington. The Great Western Railway also ran excursions from Maidenhead, Thame, Aylesbury and Chinnor and the revelries were led by the band of the 17th Lancers. By the end of the event the committee had raised £800.

The school was originally built on 530 square yards of land in Frogmore Gardens, known now as Frogmoor, purchased from Lord Carrington for £325. The building work cost £1,964 and when the school opened there was still a shortfall of £230, some of which was met by a further bazaar. The original building was designed by Arthur Vernon who also designed the RGS building and was the first man to own a car in High Wycombe!

In 1901 the trustees allowed girls to be taught in separate classes and teachers and this arrangement continued until 1906 when the girls moved to buildings in Benjamin Road ultimately becoming Wycombe High School. Courses were run at the school at all times of the day but most were in the evenings and weekends so that students could also work in the local furniture trade.

The Technical Institute and Moving from Frogmoor 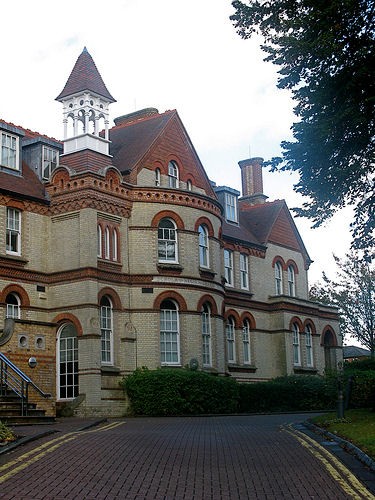 Soon after the Schools of Science and Art opened the Frogmoor building was too small and a new site was discussed. In 1915 the Royal Grammar School moved to new buildings on Amersham Hill and it was suggested that the School (now usually referred to as Chepping Wycombe Science and Art Schools and Technical Institute) moved into the now vacated buildings in Easton Street (also designed by Arthur Vernon.) Unfortunately the outbreak of the First World War meant that the Wycombe High School buildings were needed to be a hospital so the girls moved into Easton Street and the boys had to wait.

The Institute finally moved to Easton Street in 1919 and soon there was a significant expansion. Firstly the 1918 education act raised the school leaving age to 14 and it was decided to set up Junior Day Technical School as part of the Institute. This would be a full time school. At the same time the Institute set up a training school for ex-soldiers and sailors who had become disabled in the war to prepare them for the furniture trade. The Easton Street buildings also soon proved too small and were significantly expanded and a series of wooden huts were installed to be used as classrooms.

The Frogmoor school continued to be used after the move to Easton Street and was finally sold in 1928 (for £3,500). It has since been used for a number of different purposes including a swimming pool and is now a dentists. In 1920 the Day School opened and technical classes in metalwork and woodwork were introduced - the first in the country. The schools changed their names to Wycombe Technical Institute and tuition was offered in most subjects (except French.)

Although the School of Art continued to be part of the Institute it was often considered a separate entity and it moved to Amersham in 1973 becoming part of Amersham and Wycombe College.

In 1927 land was rented from Lord Lincolnshire to become the school's playing fields - until then the boys had used the Rye for sports fixtures. The boys had to change in an open fronted pavilion near where the present one is and the girls had an even worse deal changing behind the large roller.

The school motto 'Quit Ye Like Men', adapted from I Corinthians 16 v13, was adopted in 1924. It remained the motto even during the co-ed period - girls were admitted in 1925 mainly to study commercial subjects. In 1944, following the introduction of the new Education Act, the Institute became the town's new technical school taking children at 11 and 13 plus. In 1946 it was decided to split the School and College although both still operating in the same building.

By 1954, the combined school and further education centre had become vastly over-subscribed and unwieldy. Consequently the High Wycombe College of Further Education was set up on its present site (now Bucks New University) although the final separation of students didn't come about until 1963. In 1956 the girls transferred to the old Wycombe High School buildings in Benjamin Road to form Lady Verney High School. Lady Verney High School then moved to Wellsborne before finally merging with Wycombe High. 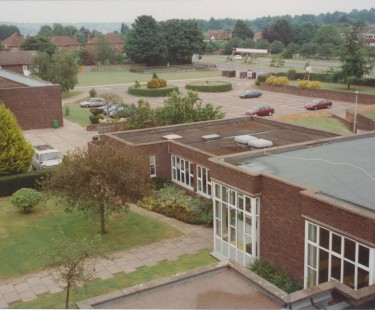 The boys remained at Easton Street as Wycombe Technical High School for a further 10 years before moving to the present site, the old school playing fields at the top of Marlow Hill in 1966. The name was changed to John Hampden School in 1970 and John Hampden Grammar School in 1984.

More recent developments gave the school a new façade in September 1995 and the following January work was completed on a sixth-form block. In 2006 a new classroom block, used mainly for mathematics teaching and a sports hall were opened by Bob Wilson. This in turn allowed for an extension of the music department and development of a music studio. In 2011 a food technology room was built. In 2013 a new library and sixth form study area was developed at the front of the school. 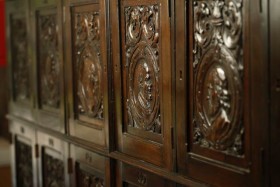 Most of the valuable historic reminders of the early days of the Technical Institute ended up on a bonfire in the massive clearing out operation when the school moved to Marlow Hill. The only exceptions to this were the headmaster's chair, the headmaster's table, engraved with the school motto, and a carved set of 12 lockers. The lockers were designed in 1919 by Mr Shaw Wilson, head of the wood carving department and created by wounded soldiers who had returned from the war. Inscribed on the cornice are the words "They counted not their lives dear unto themselves." An article from the BFP about the lockers from 1919 can be read here 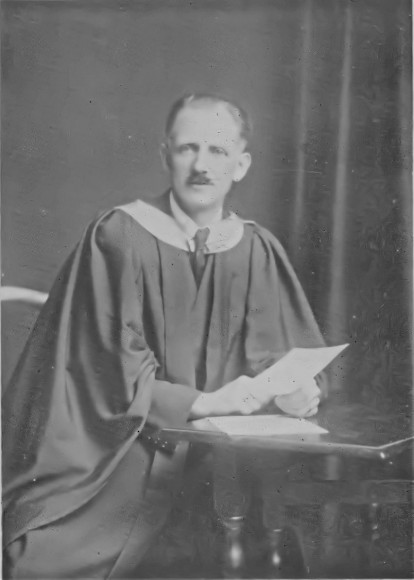 There have only been six headteachers in the history of the school. The management of the original schools was vested in the trustees who in turn entrusted day-to-day control to art masters Henry Bayfield and Shaw Wilson and the Education Committee secretary WT Pycraft. The secretary was replaced by Hamilton Haddow and in 1913 by Arthur Gardham.

W J Stamps ARCA took over from Bayfield in 1911 and he ultimately became Headmaster of the School of Art.

The first headmaster (known in 1920 as Principal) of the Technical School was Mr Arthur Gardham BSc. who joined in 1913 and won the MC with the Royal Garrison Artillery during the First World War.

The former army captain is remembered by old boys as a determined character who liked to get his own way. As a result of his wartime injuries he always carried a walking stick. He would hold a daily roll call on the Fives Court when he inspected hair, shoes, general tidiness.

After the sudden death in post of Mr Gardham at the age of 51, the governors appointed Mr William John Davies BSc (1893-1977) Davies, an ex-army captain, had taught at Greenwich Royal Hospital School, Dame Allan's School and Acton Technical College, where he was Senior Physics Lecturer. As the split between the School and College started in 1946 Mr Davies was both Principal of the College and Headmaster of the School. When Mr Davies was due to retire his job was split; the college job going to Mr Desmond Everett (in 1960) and Harold Ward becoming Headmaster (in 1958.) He retired in 1982 and was replaced by Mr Andrew MacTavish. Mr Stephen Nokes was appointed in 2000 and retired in 2016.  Miss Tracey Hartley became the first female Headteacher when she was appointed and took over leadership of the school in September 2016.

Want to know more? You may find some of the following links interesting:

To some old photos of the school from the 70s onwards please visit this page.