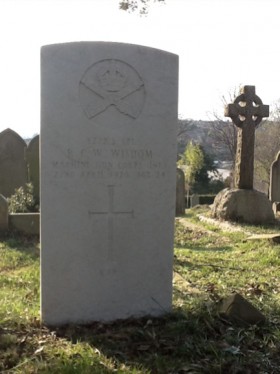 Reginald was born November 7th 1895 in Whitchurch, Shropshire. His father was Walter Wisdom, who was a draper's manager and his mother was Ellen. Sometime around 1900 they were living in Wolverhampton and by 1911 they were living in Wisbech Road, March near Cambridge. He had an older brother, Ralph, and two sisters, Alice, who was three years older and Muriel who was seven years younger. By 1914 the family had moved to High Wycombe and were living in 126 Abercromby Avenue. On September 7th 1914, aged 18 (although his enlistment gives his age as 19), he signed up in Fulham into the Bedfordshire Regiment. At this time has was working as a nursery man.

He transferred to the East Surrey regiment and then to the Machine Gun Corps (55th). He was sent to France on 8th February 1916 and was made a Lance Corporal on 1st May 1916. He was wounded approximately five months later receiving wounds to his foot and head. He was sent home  on 3rd July 1916 and officially discharged on 11th June 1917.

When the school expanded in 1919 to train wounded soldiers he was in the first cohort. He helped carve the memorial cabinet and was especially praised for his work during the school's exhibition in 1919 in the Bucks Free Press. He then went to work for Nicholls and Janes (who had moved into the old Widgington Workshops in St. Mary Street.)

Unfortunately he died in the High Wycombe Cottage Hospital on 22nd April 1920 aged 24. Although his death was after the end of the war his head wound ultimately was the cause of his death. He died from a cerebral abscess and meningitis and is buried in High Wycombe cemetery. His father who was still living in Abercromby Avenue received his effects (£130 9s. 6d.) His listing on the Commonwealth War Graves Commission can be found here.

His mother, Ellen, died on April 29th 1932 and is buried in the same plot as is his father who died May 7th 1934 Age 82 years. On June 13th Reginald's sister, Muriel, had an accident while cycling in Easton Street. The BFP on June 22nd stated "She attempted to pass between two vehicles, when her bicycle touched one, causing her to collide with the horse attached to another van. As the result she was thrown to the ground, and the wheels of a dust cart passed over her legs. She was taken into Mr Marsh's Dairy, and Dr Hobbs was sent for. On examination, Dr Hobbs was able to announce that no bones were broken, though both legs were badly bruised. The girl was afterwards conveyed to her home, and since the mishap she has progressed favourably." 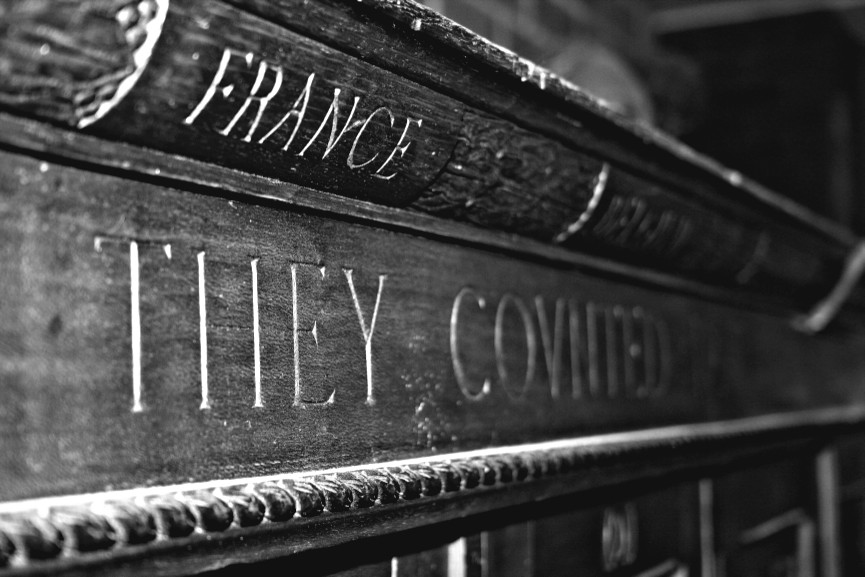