Horace was born in 1898 in Little Missenden. His parents were Horace and Ada Wright and his father was a chair makers and a Windsor Framer (associated with the making of Windsor chairs of which Wycombe was famed). He had a twin brother, Victor and two younger sisters. He studied at the School in 1915 and won a prize in the upholstery competition.

He lived in Pleasant View, Holmer Green and volunteered for the Royal Naval Volunteer Reserve and was killed aged 19 on 3rd February 1917 in the Somme. His body was never identified and he is remembered on the Thiepval Memorial. His listing with the Commonwealth War Graves Commission can be found here. 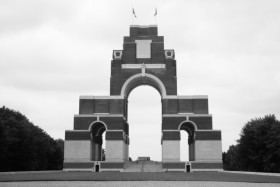